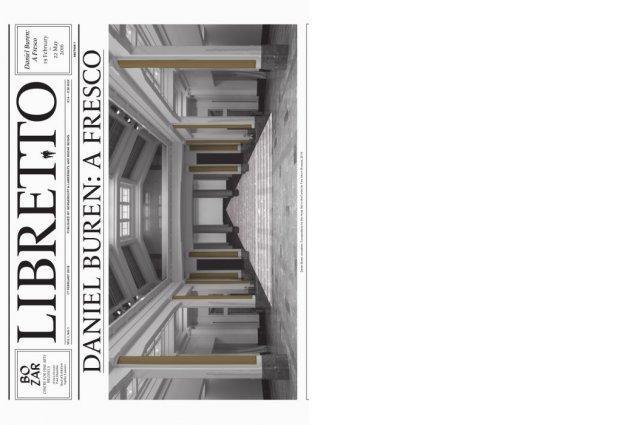 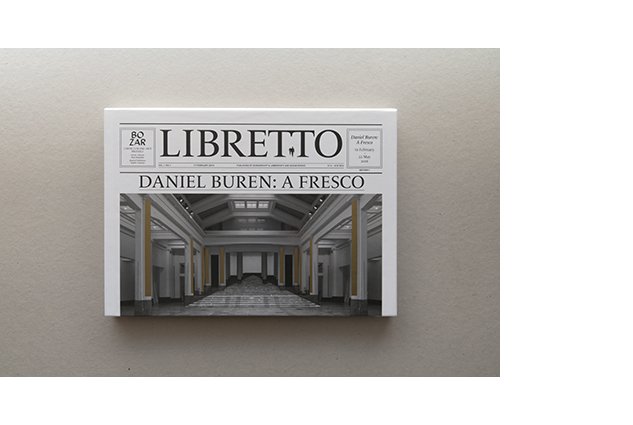 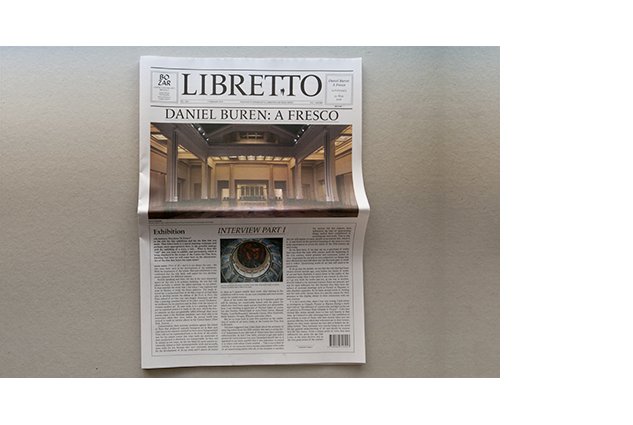 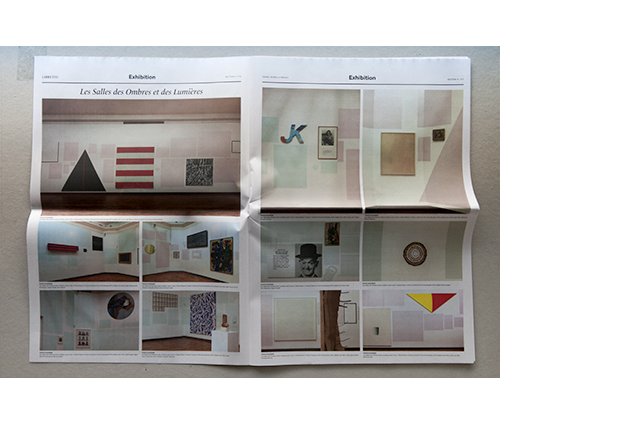 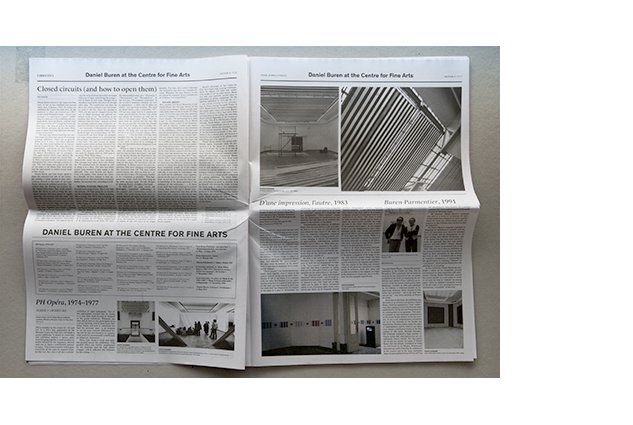 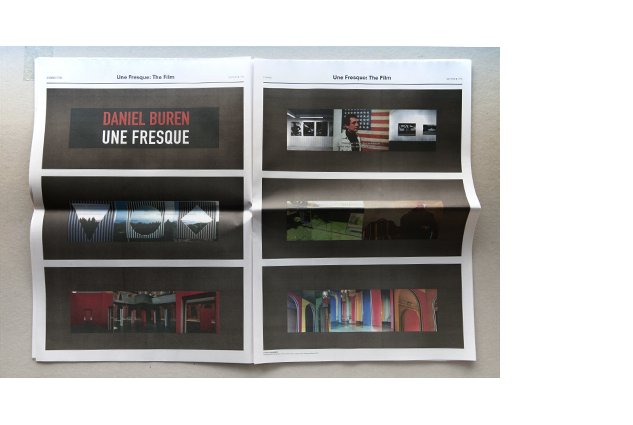 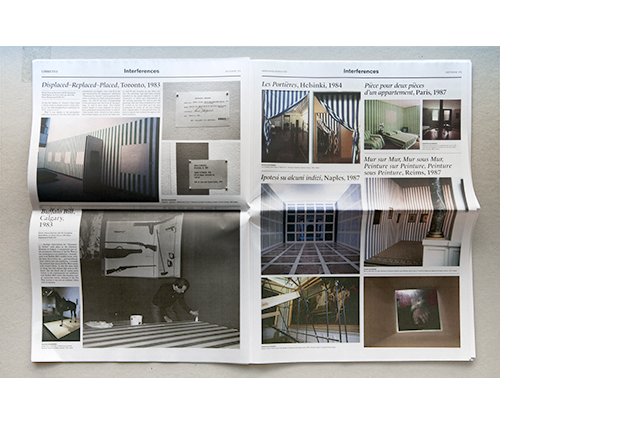 French artist Daniel Buren (°1938) is best known for his fixed pattern of white and colored vertical stripes, which are inspired by the screens that shade Parisian bistro terraces. Because of the temporary nature of Buren's work, it seems impossible to initiate a classical retrospective. Buren nevertheless accepted the offer that BOZAR, Brussels Palais des Beaux-Arts, offered him to curate the exhibition A Fresco. This show's intention is twofold. On the one hand the artist created a film especially for the exhibition which recalls his lost interventions as much as possible. On the other hand, Buren has connected his trademark stripes to existing work by over 100 renown artists from the 20th and 21st centuries, such as Paul Cézanne, Fernand Léger, Pablo Picasso, Jackson Pollock, Sol LeWitt, Pierre Huyghe and many more. Both these set ups as well as Buren's new interventions in the BOZAR are what A Fresco is all about: a unique show running from February 19th till May 22nd.
The accompanying publication is conceived as a newspaper, by analogy with The Buren Times, which Daniel Buren made especially for the 2005 exhibition devoted to his art in 2005 at the Guggenheim in New York. Libretto comprises several headers such as the exhibition itself, a review of past interventions by the artist in Belgium and beyond. Featuring texts by amongst others Daniel Buren, Joël Benzakin, Bernard Blistène, Rudi Fuchs, Luk Lambrecht, Frederik Leen and Paul Dujardin. Format: newspapers in cardboard box, specially designed by BUREN and laminated with UV-spot lacquer on the image.