Social Factory Cinema presents a series of films exploring the themes of labour, unemployment, alienation and escape -- starting with two films that deal directly with the Italian Autonomous movement.
The screenings take place at Anagram Books in our Berlin space every second Tuesday, 9pm onwards! Some great films coming your way!!! Rejoice, do it now.
Screening 1:
The Suspended Years: Movements and Political Journeys in Porto Marghera
(Manuela Pellarin, 2009, 49 mins.)
Using interviews with surviving members of struggles during the 1960’s and 70’s in chemical plants near Venice, this documentary looks at how these workers came to challenge the official left and ask broader questions about society itself.
The Working Class Goes To Heaven (Elio Petri, 1971, 111 mins)
Set against the backdrop of the ‘Hot Autumn of 69’ Petri’s classic drama explores how an exemplary factory worker Lula realizes he is really just a tool after a workplace accident. The film explores the libidinal nature of alienation under capitalism and the contradictions inherent within opposing factions of the left at the time.
--
“Work is not a way of life but the obligation to sell yourself so as to live. And it is in struggling against this forced sale of themselves that they (workers) confront the rules of society. To no longer die poisoned by work…because it is toxic to get up every morning…it is toxic to follow the rhythms of production, to do shift work, so as to return home with a wage which forces you to go back to the factory the next day.” – Autonomous Assembly of Porto Marghera (1973)
“Foxconn, which manufactures gadgets for the likes of Apple, Sony, Nintendo and HP, among many others, has had a grim history of suicides at its factories. A suicide cluster in 2010 saw 18 workers throw themselves from the tops of the company's buildings, with 14 deaths.” – The Telegraph, 2012
Struggling against the toxic working conditions within the chemical plants of Porto Marghera led workers there during the 60’s and 70’s to become a central force within the movement in Italy known as Autonomia. This movement clashed with the official organs of the left (Communist Party, Trade Unions) around the issue of work itself, and saw society itself as a kind of ‘Social Factory’. 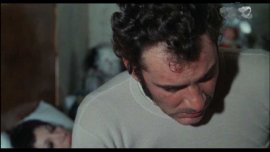 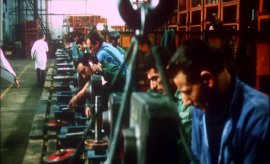 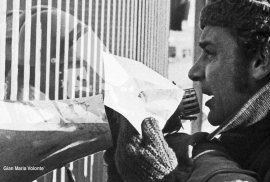 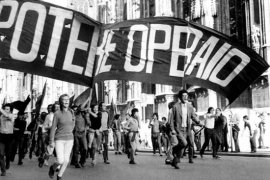