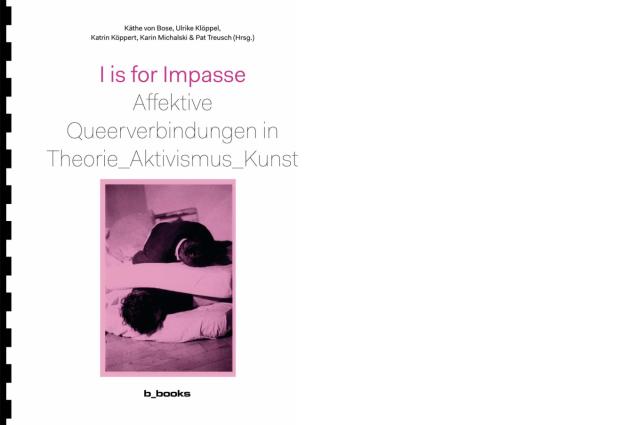 I is for Impasse, refers to the feeling of being stuck in a dead end street. A feeling of not moving forward or backward, emotional situtations that often originate in social inequality, marginalization. This assumed starting point give emergence to questions in queer theory and politics and the various practices in which these questions are addressed. Instead of dwelling on negative feelings for this impasse, it is used in this book as a springboard for artists, activists, scientists who contributed to this book, for proposals for a queer feminist discussion on the politics of affect.
This book is principally in German text, with an exclusive English text by Jack Halberstam "A Path so Twisted: Thinking Wildly With and Through Punk Feminism".

Hear What I Say
Penelope Slinger