Reading History from Below
Out of print 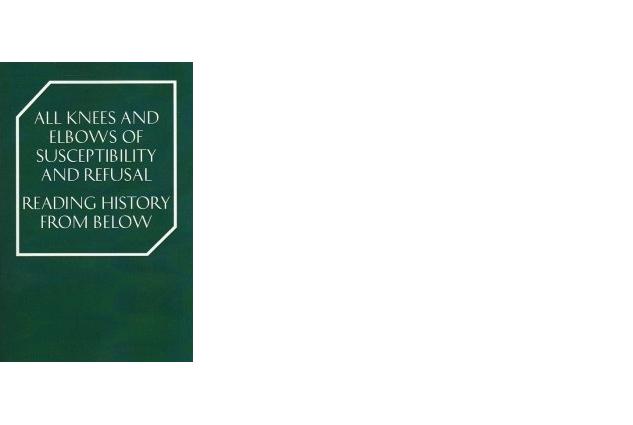 The book All Knees and Elbows of Susceptibility and Refusal: Reading History From Below began as a discussion between two friends, Anthony Iles and Tom Roberts, about the politics of writing history. Neither are trained historians. They have assembled a critical and necessarily partial picture of the practice of ‘history from below’: historiographical tendencies which sought to uncover the agency of ‘ordinary people’ in challenging capitalism and developing different forms of social organisation. All Knees and Elbows surveys the work of a number of British and international left historians and groups, including Silvia Federici, History Workshop, Eric Hobsbawm, C.L.R James, Peter Linebaugh, Sheila Rowbotham, Jacques Rancière and E.P. Thompson.

“The completed study is not intended to be comprehensive. We’ve veered towards the subjects, areas and materials which interest us. These include questions of sources and their uses, working class education and self-education, welfare and the wage, language, historical authenticity and literary inventiveness, and contemporary political instrumentalisations of radical history. The book attests to the importance of reading history critically against the present.”

The Glossary of...
Warren Neidich

The Organisation of...
Rodrigo Nunes

No Culture No Europe
Pascal Gielen

Some Use for Your...
Christophe Meierhans